The Eagle has Landed

Before we departed on the bike tour, nearly two years ago, I was telling a friend how consuming our packing process was.  She replied, “I bet!  You might as well be packing for a trip to the moon.”  She went on to acknowledge the challenge of packing all-season and functional supplies for six people with hardly any packable volume or horsepower with which to pull it.  I couldn’t have summed up the challenge any better.  Needless to say, we got creative with resources and space management. This post-bike tour transition period has required new efforts in the creativity department.

We returned from our summer abroad refreshed and optimistic.  I looked forward to the thought of our new life ahead, specifically the vision of being settled and celebrating holidays in our imagined new home.  A number of jobs were listed and Old Man was getting interviews.  We lived in an extended stay hotel and viewed it as our “Royal Chapter.”  A hot breakfast was cooked for us each morning, someone else cleaned our room, there was a pool in the ‘backyard’, landscaping crew, etc.  Some snags came up during our sedentary palace life, namely our injury-free record from the bike tour ending with Otter’s broken arm, which was quickly followed by Big Mo’s concussion a couple of weeks later. We still viewed them as blessings, at least in terms of timing, because if injuries are inevitable in childhood, then having them happen outside of the bike tour while both parents were home to deal with the medical appointments was ideal.  We spent the remainder of summer and early fall reconnecting with family and friends in Texas and celebrating Sissy’s and Otter’s birthdays.  By September Old Man had two job offers, but for different reasons neither was ultimately a good fit and a more promising position was on the horizon, so he declined them both. 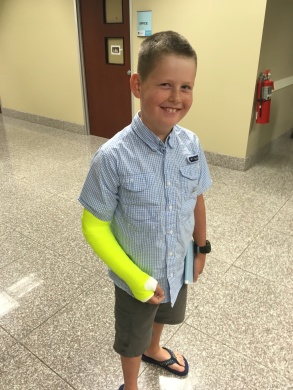 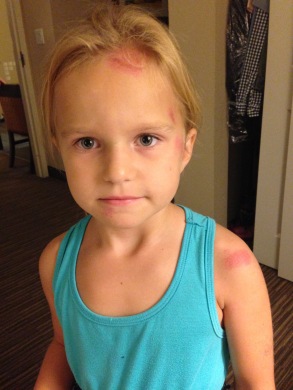 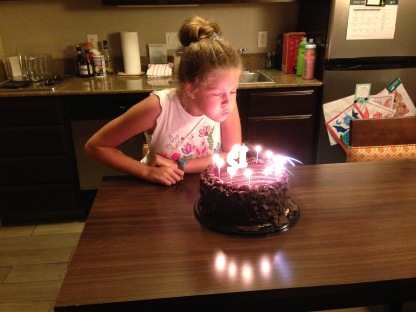 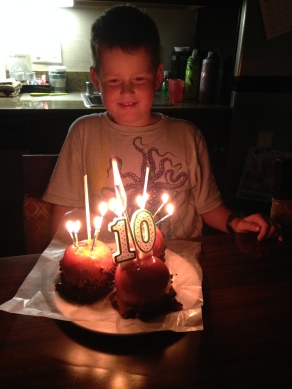 Our beloved Montana goat farmers invited us back to watch the farm again for a few weeks, and given the sluggishness of most Human Resources departments (in our experience) we figured we had time for one last hurrah before settling down.  Shortly after our arrival in Montana, the more promising position fell apart in the 11th hour due to a loss of funding, much to our disappointment.  Old Man returned to full-time job searching again, but there was not much out there to pursue.  We widened our search nationwide and the pickings were still slim and the callbacks few and far between.  Fortunately, we were in Montana, where there is ample beauty and recreation to distract us from our woes. 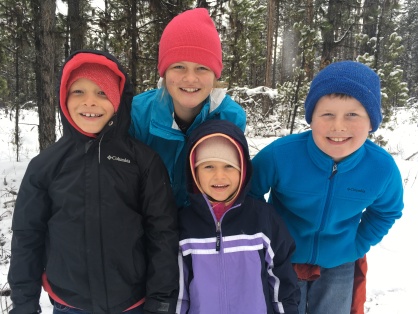 We drove east to meet up with Otter’s bike tour friend in North Dakota, and then on to Indiana to share Thanksgiving with my extended family, followed by a finale in southern Indiana with another bike tour friend.  We enjoyed our time with everyone and avoided dwelling too much on our truly adrift state.  Unfortunately, once we returned to Houston, with no job possibilities on the table, we had to deal with our adrift reality head on.  Instead of returning to Houston to pack up our things to transport them to the new job as we expected when we departed, we returned to our rootless existence with no end date in sight. We felt like the wandering Israelites and we grumbled like them.  Our extended stay hotel no longer felt like royal living.  We felt cramped, it was too chilly to swim, the breakfast at this location wasn’t as good….  And then we remembered a recommendation we were given during the bike tour about a house-sitting website.  We looked into it, joined, and landed two gigs.  One in Austin, TX and the other in Columbia, MO.  No more cramped hotel living, more control of our own menu, and there would be pets to love!  Shortly after our arrival in Austin, Old Man was contacted by a company in Austin to which he had applied the previous week.  Since we were in town, they interviewed him daily in some capacity for the remainder of the week.  Optimism briefly returned until they decided to delay filling the position for several weeks when everyone would resume normal schedules for decision making after the new year.  We understood their logic, but were disappointed to continue in limbo.  We again returned to Houston with an intensifying pall shrouding us. We were still jobless with Tango’s birthday and Christmas right around the corner, and no home of our own in which to celebrate them.

Tango’s birthday was sorely compromised on the bike tour (too long of a riding day, skeezy hotel, convenience store dinner, and melted ice cream dessert).  We were committed to making this birthday better (which would not be difficult given such a low bar).  We rallied well for him and kept momentum for making Christmas decorations and wrapping presents, but our, or more specifically, MY façade started cracking on Christmas day as we began packing up for our Columbia, MO house-sitting gig.  Our gypsy-style life was wearing on us, and we still had no end date in sight. 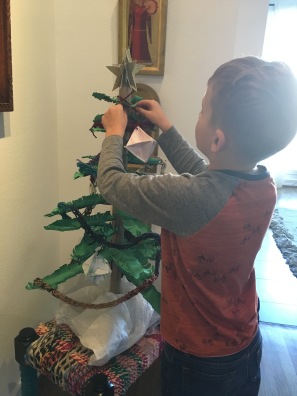 Yet, as was the case at about this time last year on the bike tour, glimmers of hope began to appear just as we were feeling the lowest.  Jobs began posting again, and employers were calling Old Man back in relatively quick succession.  By the time we arrived in Columbia, Old Man was scheduling travel back to Austin and to Reno, NV for interviews.  Things had come full circle.  We were again faced with two offers, but this time both were good fits.  We debated, prayed, and finally came to an answer.

Old Man accepted a job with the company in Austin, TX as a chemometrician.  He began working for them yesterday.  And just as abruptly and boldly as we departed on our trip to the moon, we landed back on earth.  Perhaps our autumn of ‘wandering in the desert’ was more like the post-splashdown quarantine of early astronauts?  As it turns out, the business of major relocation on ‘earth’ is like riding a bike for me (punny!).  After two years of being out of the saddle of normal life– planning for today, maybe tomorrow, or a motorized jaunt for some goat time and clean mountain air– we are in full swing planning longer-term once again.  A U Haul is reserved, we have housing options to investigate, and summer camps are booked for the kids.

Despite how impatient we were for Old Man’s job acquisition, the end of this sabbatical mission is a bit bittersweet.  For nearly two years we have eaten almost all of our three daily meals as a family of six, we have had ample time to play games together, explore together, to ponder larger topics together, and enjoy each other’s company.  Most families never get this opportunity of time.  It was truly a gift.  I wish I had leaned on the lessons of the bike tour more readily in the last few months and recognized that we are tougher than we realize; that God was by our side the entire way with a plan for us; and in the end it all came together in a way outside of our self-designed plan and we are better for it.   Maybe we need another bike tour, or trip to the moon, to cement these lessons…. Ha!  And so our new life begins.

This return to normal life may be a small step for mankind, but it is a huge leap for our family!  Happy 2019!

19 Responses to The Eagle has Landed